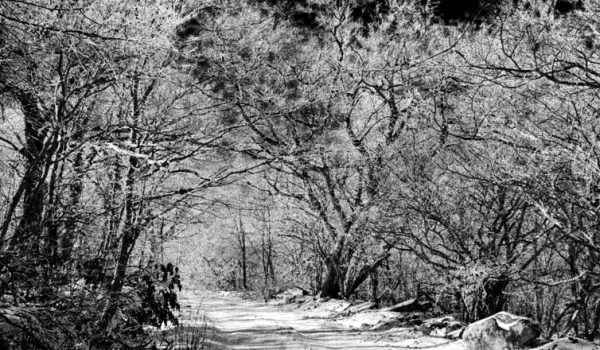 Stake and rail fences are well known for their strength and unique design and can be seen throughout Tazewell County.

Most of the coal camps in Tazewell County no longer look anything like the originals. Jewell Ridge is probably the most well preserved of any of them. The coal companies no longer own or maintain them and a great majority of the homes, company stores, offices and tipples no longer exist. As a general rule, the houses still standing have been sold to individuals; some of them are very well maintained or have even been greatly improved, but many of them are in very poor repair and many of them are only fit to be torn down. Some of the “towns” no longer even exist.

Many people have written stories about their childhoods in coal camps; most of them actually portray the life as a good one, well remembered. One lady wrote about living in a camp owned by a “good and generous” company. She said there was a large room over the company store which served as a classroom for grades 1-12 on weekdays, as a church on Sunday, and as a wonderful place where Christmas celebrations were held. The celebrations generally began with a play and then Santa

Christmas decorations in the Company Store on Jewell Ridge.

came in with bags of fruits, candy and nuts for everyone. The oranges they received were the only ones until the next year. Then, on Christmas Eve, a company paid Santa visited every home in the camp delivering pre-bought (from the company store) toys and large bags of candy. No child was left out, since the ones whose parents could not afford toys at least got candy from Santa. She remembered that Santa always had a red nose, but he often also had bloodshot eyes and a little whiff of bourbon on his breath. All her memories of a coal camp Christmas were good ones.

Another lady wrote about a certain Christmas when her older brother told her she must listen carefully for Santa on the roof top. When she heard a noise near the back door, all the family went to the door to find members of the local Miners’ Union with a bag of oranges, apples and nuts. When they all returned to the living room (this was a four room shotgun house – straight through from the front door to the back), Santa had paid them a visit and left a doll for her and a farm set for her brother. She said she was happy with her doll, but it was much more fun to play with her brother’s farm set. She had no complaints about her coal camp Christmas.

A water tank on the top of Jewell Ridge, 1970, creates a picturesque winter scene.

Another writer told about a church in the camp where Sisters gave out “crisp brown paper pokes” containing apples, oranges, nuts, gum, and a Snickers bar. Still another wrote about a railroad engineer in the sixties who would throw candy to all the children in the hollow at Christmas – one special time, the train moved very slowly and from the caboose handed out boxes of candy. Still another remembered that her mother always told all the children that Santa would not come unless they were bathed and in bed; she put talcum powder on their clean feet so Santa could be sure they were clean.

Store fronts with children playing in the snow near Christmas on Jewell Ridge.

All in all, most childhood memories of coal camp Christmases seem to be good ones. It doesn’t take a lot to make a child happy – love is the main necessary ingredient. Everyone in Tazewell County who has not been up on the hill to the Jewell Ridge community should go sometime. Imagine how the little town, full of houses with lots of children, looked all dressed up in Christmas lights long ago when coal was still “King” in this area.