Were you ever instructed by a college professor (or even a high school creative writing teacher) to write a paper or an essay on site and within forty minutes? I had this experience when I was in my early thirties and attending college classes for the first time. “Hold up your left hand, palm facing you. Look at it closely. Now, turn your hand over and carefully look at the back of your hand. O.K. Time’s up. Write me a five hundred word paper. You have forty minutes, beginning right now.” That’s pretty much exactly what I heard in an English 101 class which was made up of mostly college freshmen and maybe a half dozen of what were called “adult students,” like me.
Why have I written this little “ditty” at the beginning of a blog about weather? Because, other than the time limit, that’s sort of my predicament right now. “We need to put up another blog; you can write about anything you want to.” So, I’m going to wing it; no research at all, just trusting in my own observations and sometimes very faulty memory.

The weather has been very much in the forefront of news in the last couple of weeks, what with the solar eclipse just nine days ago and Hurricane Harvey wreaking havoc on the Texas coast and heading for Louisiana as I write. The eclipse was viewed, more or less as a party time, when lots of people got together to view the rarely seen spectacle and enjoy each other’s company. I have a nephew who, very conveniently, is living in Columbia SC; it was time for a family party and the surfacing of a lot of good memories. We, at the Tazewell County Visitor Center, along with the Greater Bluefield Chamber of Commerce, threw an eclipse party where we distributed the safe glasses for viewing, provided some entertainment for the children with food and music for everybody; it was a fine day. Now, everyone is praying for those residents of the southern coast who are living in a veritable nightmare; lives are being lost and property destroyed at a furious pace.

Solar eclipses, whether partial or total, are much more scarce than hurricanes and in the old days before scientists actually discovered what they really were, they caused much consternation and fear, the total ones in particular when the darkness was really deep. You can imagine how people with absolutely no knowledge of science or astronomy might have been frightened out of their wits when the sun was darkened in the middle of the day. I’m sure I would have been on my knees praying for safety! There is a record of a total solar eclipse, found on a clay tablet in a cave in what is now Syria, I believe, that tells of an eclipse thousands of years before Christ was born. We can safely assume that they’ve been going on since the earth and its atmosphere were formed.

I have no idea how far back records have been kept about hurricanes, but I know they have been many and varied in the eight-plus decades of my life. And I know that I am very grateful to have lived all my life in what is one of the safest places, weather wise, in this country. Sure, we have fairly drastic storms with some disastrous flooding in the area during spring and summer months and even some pretty hefty snowfalls during some winters, but these are the exception rather than the rule. Remember southern West Virginia had a really bad time last year and that wasn’t the first time for a lot of the towns which suffered. But look at poor Texas and Louisiana and Mississippi and the upper East Coast! When I was growing up in rural West Virginia, we had no way of knowing when disasters struck the rest of the world like we now do. Hearing the news on a scratchy radio is nowhere close to seeing it on a wide screen. The weather channel on the television becomes a horror channel and the best we can do is pray for and support first responders as they attempt to rescue those in imminent danger and when it’s over, do the same thing for volunteers who seek to help rebuild. At least that’s what those of us in southwestern Virginia who are past their physical prime must do.

Please join me in my concern for all those people who are now in peril. 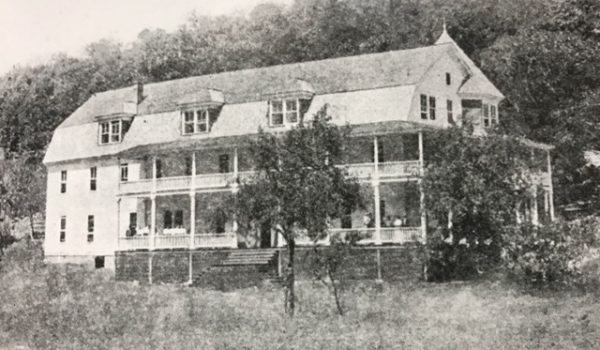